After giving birth to my now 24 year old daughter, I hadn’t bounced back like most women do. While true that I had developed toxemia, also known as preeclampsia at 35 weeks, I didn’t believe that 6 months later I’d still not be back to my previously healthy self. It had been a traumatic birth for my child, who weighed barely 5 lbs but otherwise was a healthy baby, thank God. I was the one who wasn’t quite right.

I went on the hunt to find out what the hell was wrong with me. Nothing, I was told multiple times. Once I was told that it was possibly lupus, although my mother, who’d been an RN, asked me to continue getting more opinions.

So I did. It took almost two entire years for a doctor to inform me that he thought I had something called fibromyalgia, which I had to ask him how to spell for me. I’d never heard of it. This was back in 1999. I was stunned, confused, yet elated to finally have a diagnosis after seeking what appeared to be an elusive answer. I went home that day hopeful.

I logged onto America Online so I could research fibromyalgia.

Was it going to kill me eventually? Why did I feel so sick? What had caused it? I didn’t find much useful information because they had no fucking clue, not really. They still don’t over 20 years later. I have my theories though.

The medications they prescribed didn’t help me, oftentimes making things worse. But the good news was, I was still in my 20’s, my case was mild and I was able to hide it from the world. Only a few people even knew that I had this mysterious illness which I now firmly believe that I was born with.

After I left my daughter’s father (he was an abusive bastard) I had no other choice but to work full-time. I had a kid to raise! Thankfully, I was still healthy enough to do it. I never told any of my employers or coworkers. Looking at me, I was your typical young woman. I never let it keep me from doing what I had to do.

That all changed when I turned 37.

Within only a few months time, my fibromyalgia became worse. Being the stubborn ass human that I am, it took me a year to finally give up and apply for disability. It wasn’t an easy fight. Along with my many mental health issues, I had become a faded version of my previous self. Proving this to the government, while still younger and the fact that I had up until only recently been able to sustain gainful employment, was a stressful, frightening experience.

When I was finally approved, I was yet again elated. That wore off quickly though. What in the hell was I supposed to do with myself?

I had no idea. I was super pissed off. I didn’t want my job to be my own failing health! I wanted to keep doing what I loved, being a cook and cleaning houses to make extra money. Which is really difficult to do when I could only stand for a few minutes without needing to sit the fuck down, plus carrying heavy pots and pans.

I started blogging in October of 2012. My old blog was named knocked over by a feather. My ex-husband had made that comment to me about my declining health, which at the time I thought was the perfect way to describe everything that had befallen me. It didn’t take much to knock me smack dab on my ass.

I had to leave that blog because after I kicked him out, his once genius observation felt like an insult.

I rarely write about it now. Been there, done that. Bought the t-shirt and coffee mug. What else was there to say that I hadn’t already covered? I felt like I was beating a dead horse (what a morbid saying that is).

So I switched over to my mental health. If you look on the top of my new header, I have the abbreviations of all four of the disorders that I’ve been diagnosed with.

And according to my therapist, I also have the often overlooked C-PTSD which means simply complex; trauma and stress that’s happened over a long period of time. This one lands in the lap of my abuser, the ex-husband, who enjoyed making my life rife with constant turmoil and then the one final stab in the back.

Adultery. Lots of it, too. I believe they call that serial adultery.

But I was the one who allowed all of it. As much as I would love to point my finger and blame only him for many of my current triggers, I’m at fault for putting up with it for so long. That’s what loving a truly toxic person can do to you. Sometimes, you don’t see the truth until it’s too late.

Even when I knew the truth, I still couldn’t believe it. It was hard to fathom something so heinous happening but the proof was everywhere. The best thing that I did was rid myself of him, although on occasion I’ll still feel a sharp jab in my chest of leftover anguish, followed by pure rage.

My old blog was mostly about living with moderate/severe fibromyalgia, with mental health and random silliness thrown in for shits and giggles. This new blog (almost a year old!) is now mostly dedicated to my mental health. Brain cooties are nasty little shits and I needed a new place to set them free from my mind.

I’m still working on the random silliness. I miss that part of myself. I fear losing my sense of humor altogether.

Depression, anxiety and fibromyalgia go hand in hand. They all serve one another beautifully. If I didn’t have fibromyalgia, would I still suffer from so many mental health disorders?

I think so. I really do. But I’d be able to be more active and a better help to myself. Maybe I’d even be able to take a nice long walk again, to clear my mind and send happy chemicals to my brain. Or mow my own grass. Take an aerobics class. Go to a large store without needing to use a zippy cart.

Not have to cancel plans (or be afraid to even make any) because I feel like dog turds on toast.

It’s possible that I don’t write about it much anymore because I’ve accepted it. I’m not sure. There are days when I feel like I have. Then I have a flare and that idea goes out of the window. I take 5 steps forward, then 7 back. There’s nothing much that I can do but live my life around it. Being physically ill for the duration of your life is damn miserable. It’s a dreadful disease that I wouldn’t wish on my worst enemies.

Well, I can think of a few people. 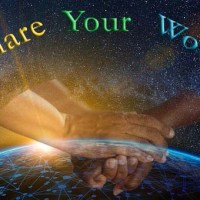 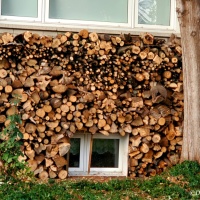 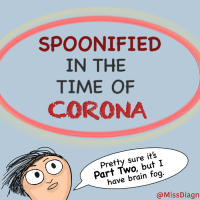 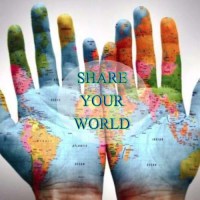 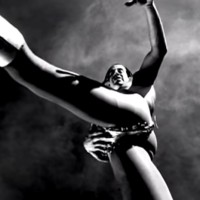 What I Write About

All About Fibro and Depression…